In my failure to be recognized as Time Magazine’s Father of the Year, I forgot two very important considerations.  One, Time Magazine doesn’t confer such an award, and two, I was never nominated by my children.

As a conscientious father, I believe it is my responsibility to shelter my kids from needless pressures, to give them a perspective on life that they can comprehend without feeling afraid or overwhelmed.  But let’s face it, it is a scary time in the world, and as my kids grow older they experience anxiety dreams from time to time.

So you can imagine my consternation when I discovered that I am the root cause of their worries.

I discovered it this way.  During a lively conversation over dinner my younger son told of a recent nightmare.  In his terrifying dream he was playing on the computer and did something to cause an ominous window to pop up.  The window said—and I am paraphrasing here based on my own extensive knowledge of computers—Windows has stopped responding for no apparent reason.   This computer will shut down your life in 15 . . . 14 . . . 13 . . .

I tried to reassure him.  “Computers can be frustrating, but there is nothing to be frightened of,” I lied.

“Oh I wasn’t afraid of the computer, Dad,” he explained.  “I was afraid that you would be mad at me for breaking it.”

My older son chimed in too.  He told of a nightmare in which he couldn’t locate an important homework assignment.   This sounded much more like reality than a dream to me, and I told him so.

“I know,” he said, “and I dreamed that you were yelling at me for losing my homework again.”

“When did I become such an ogre?” I asked rhetorically.

“Let’s see,” mused my older son, “when were the dinosaurs again?”

He doesn’t remember, but sixty million years ago, when he was a baby, he woke up in the middle of the night crying.  It was a wail of discomfort, or perhaps a sharp grip of fear; as a new father I didn’t know which.

I came to his crib and lifted him gently into my arms. He was light like an angel feather then.  But his tears were desperate, as if they were driven from a formless nightmare.

In the dark we sat in a big armchair together.  I reclined slightly, with my arms on the wide rests and my and hands clasped comfortably on my lap.  My son nestled in the crook of my arm with his tiny head upon my breast and his feet held sure within my hands.  It was an effortless position that fit us both well.

Before long, his crying subsided into broken shafts of air.  The dinosaurs and other primordial demons recoiled in the awareness that this child was not alone, nor would ever be.  And with rhythm and order restored to his world, he fell into safe sleep once more.

For a while, we breathed effortlessly together in the darkness, his head rising and falling gently against my chest, his small body rolling to his own essential swells of living.  His pulse was against mine and mine against his, not in time, not out of time, but together, until I could no longer feel where my body ended and his began.

With my eyes shut, I too began to drift away.  And then my soft inhales caught a familiar scent, a sweet bygone musky smell, like apples stored in a dusty cellar or chocolate tucked out of reach in a cedar pantry.

The smell was my father.  I was in his arms, my head on his solid chest.  His strong hands clasped around my feet, giving me foundation.  I was just a boy.  But I felt warm and safe.

That night in the armchair, we slept as one, my father, my son, and I.  And I cried in the morning when I woke, for no apparent reason.

But that was long ago, when the dinosaurs roamed.

That was before I became a mythical ogre and learned that a decent father doesn’t really earn respect until his children hold their first born in their arms at night and secretly wonder how they are going to manage.

John Christmann is a freelance writer and all around good guy. He lives in Summit, NJ with his very tolerant wife and three children. His favorite color is plaid and he is afraid of machines and small dogs. You can check out his unique take on parenting at www.dadinthebox.com or fill up his inbox at john.christmann@dadinthebox.com. 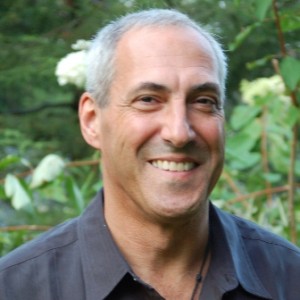