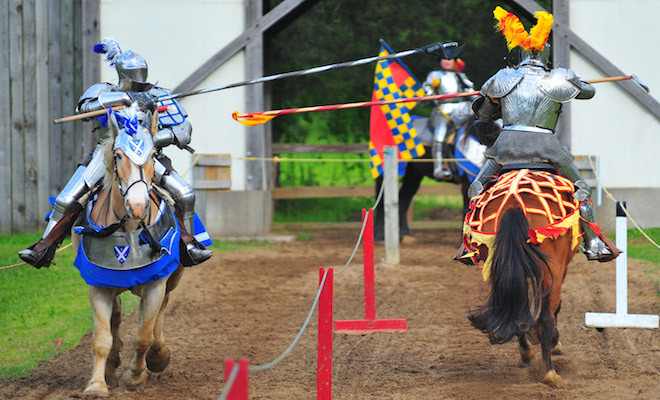 With a new year having commenced, a new season already knocking on the door and Daylight Savings Time back again, it might seem like the old is making way for the new entirely.

If you’d like an exciting blast from the past, however—a rebirth, as it were, a revival of sorts—why not embark upon a festive quest. That’s right! A quest that is all travel and no travail—and one for the entire family—is waiting for you right in Arrington, Tennessee.

If you’re up to the task at hand, visit the Tennessee Renaissance Festival in Arrington where you can travel to all parts of the realm in a 16th Century family-fun festival! 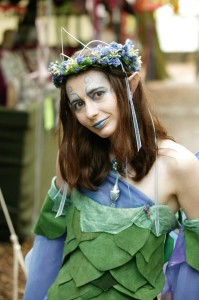 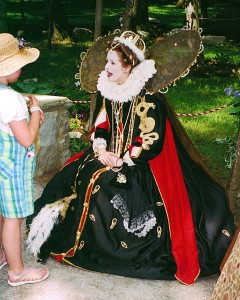 Owned and operated by Mike and Jackie Freeman, the festival celebrates the merriment of a Renaissance marketplace, with over 60 skilled artisans from all over the country in attendance and with their unique wares on display and for sale. 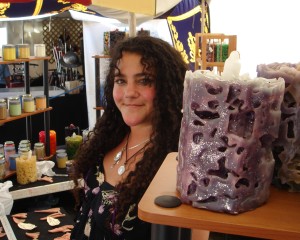 An impressive line-up, including variety shows, arts & crafts, traditional food and drinks, games, exhibits, and reenactments, will be held in a reconstructed English village from the 16th Century, known as Covington Glen. 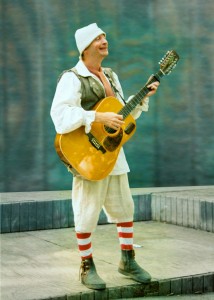 The village features its own reconstructed castle as well—Castle Gwynn—with tours of the 1st floor and castle grounds included in your festival admission. Weather permitting, tours are held each day from 11:00am to 3:00pm. Tour Historic Castle Gwynn at The Tennessee Renaissance Festival 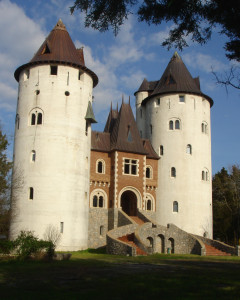 Castle Gwynn has an impressive history with the Tennessee Renaissance Festival, starting with the fact that it’s the only festival held at an actual castle—or castell—as it’s also called. Castell Gwynn (White Castle) is a modern-day replica of a 12th Century border castle in Wales, known as Castell Coche (Red Castle).

Castell Coche served as the prototype for Mike Freeman’s dream house—he designed the initial sketch in his architecture class while in high school—with many talented electricians, engineers, builders, masons, and designers adapting the castle for modern living.

As depicted in the heraldic arms designed by Mike Freeman, Castle Gwynn will eventually be completed as a four towered structure. Currently, two of the towers are completed with a new middle section of brick arches and timber connecting the two. Repair and resurfacing work have also been done—resulting in the entire castle exterior being resurfaced—due to the effects from construction on nearby I-840.

When the festival moved to an adjoining site across New Castle Road due to construction on the I-840, a timber-framed covered bridge was constructed to connect the two structures.

To view the castle, guests must use the Castle Tour Bus both to and from the castle grounds. Use of the bus is also included in same-day festival admission.

At Castle Gwynn, both young and old alike can delight in impressive exhibits and replicas.

Like weaponry and expert craftsmanship? Be sure to check out the Rose-Dan Freeman Collection of Weaponry, including armor and swords, while touring the castle. And don’t miss the elegant designs of Imogene Stone—the festival’s Royal Tapestry Designer—which will also be on display at Castle Gwynn in the Needlework and Tapestry Collection. 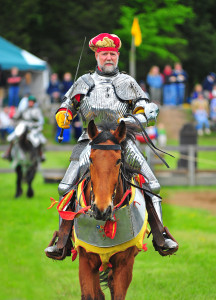 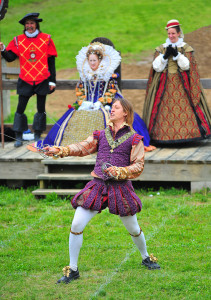 The Tennessee Renaissance Festival also puts on Theme Weekends, with this year’s themes as follows:

A family discount, this weekend only, to celebrate the opening of the 2015 festival. With the purchase of two regularly-priced tickets, two grandparents and all children 12 years and younger will receive free admission!

Celebrating Mother’s Day (Sunday, May 10th) all weekend long, the first 400 mothers through the gates will receive a specially-crafted rose!

See a bevy of pirates galore—and dress up as one yourself if you’d like—during this themed weekend of swashbuckling fun! Kids can enter the Children’s Pirate Costume Contest or take part in the Children’s Costume Fashion Show that will also be held this weekend as well!

A Celtic touch to the festivities, with various games and contests that will focus on all things Celtic. Listen for Celtic melodies throughout Covington Glen. Kilts are definitely encouraged!

As the Tennessee Renaissance Festival has always strived to be a fun and fascinating children’s venue, the faire offers a number of free—free!—children’s activities.

There will be plenty of other activities for children as well, while some shows are reserved for only the bravest of adults! For a full line-up of participants and events, or to download the Daily Entertainment Schedule, visit:  Entertainers and Performers at the Faire – The Tennessee Renaissance Festival

Keep in mind that, though costumes and costume accessories are allowed, there are exceptions. In particular, the Tennessee Renaissance Festival has a new Weapons Policy in place for 2015. Included in this policy are the following noteworthy warnings: (1) all swords, whether brought as part of a costume or purchased on the festival grounds, must be sheathed and peace-tied at all times. No exceptions! (2) Weapons will be inspected at the entrance for the safety of everyone; also (3) arrows must have tips removed and (4) firearms, whether working or replica, are strictly prohibited. For more information on weaponry and safety in general, please read the Rules of the Realm, here: Rules of the Realm – The Tennessee Renaissance Festival

So if you’re not quite ready to say adieu to the past, try saying huzzah instead! Then go ahead and visit the Tennessee Renaissance Festival in Arrington, Tennessee. After a rewarding day of ribaldry for the entire family, you’ll be glad you did.

For complete information, be sure to visit the festival’s main page: The Tennessee Renaissance Festival – your finest entertainment venue just outside of Nashville