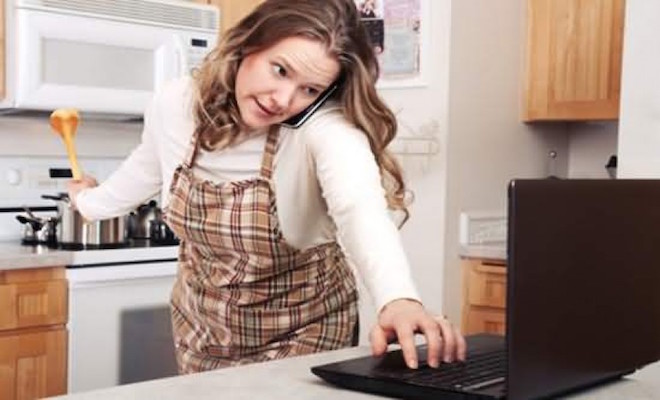 We Are Too Busy for Happiness

“How are you?” A friend eagerly asks.
“I’m good, I’ve been so busy!” You reply, then asking them the same question.
“Yeah, me too! Just really busy!”
How many times have you heard this brief snippet of conversation?
I’m betting too many times to count.

The everyday small talk that we make with our friends and our acquaintances is reflective of our society, and at the moment – we’re busy.

This glamorized notion emerged that if you’re constantly busy and you’re always on the go, it means you’re thriving; if you’re busy, it must mean that you’re doing something of value and worth – which is commonly equated to being important, being successful and maybe even being happy. And this very well may be the case, but it seems as though “I’m busy” is becoming our automatic response, a blanket answer instead of actually addressing the real question.

How are you? Are you good? Or do you feel like something is missing? Are you stressed? When is the last time you took a walk under the stars or enjoyed an ice cream cone? What about a bubble bath? Maybe even just 5 minutes of meditation?

When we say, “I’m good, I’m busy” are we really lying to ourselves?

When you’re too busy saying yes to all these projects, running a million miles an hour – are you actually happy? Are you taking time to self-examine and reflect? You might be fruitful and doing a lot of great stuff, but are you doing the things that make you feel the best? The fullest?

I’ve noticed in my own life – maybe on a Sunday, a weekday when a class was cancelled, or a sudden night off from work – that instead of enjoying the present moment and doing as I please with the time that had previously been allotted for said activity – I immediately think “Okay, what can I do? What can I get done?” As I go through my mental checklist.

And while sometimes it’s necessary to catch up on the never-ending To-Do list, it’s almost as if I would feel guilty for taking that time to do something ‘just because’.

The instant I would get a free moment, I’d feel bad about doing nothing – even if that nothing was reading a book. I’d read a of couple pages and within minutes I’d have this list percolating in my head; I need to: clean out this drawer, organize my closet, clean out my e-mail folder all the way back from two Septembers ago, get started on my taxes, go spend those 3-4 hours at the gym that I was too busy to do earlier…

All these things that I felt I needed to do were weighing on my shoulders, so the moment I was sitting down to relax and enjoy a book, I wasn’t even able to afford myself that.

And a lot of the time we say “I will finally take that vacation” or “I will do it this weekend.” However, once you get to the weekend– you don’t actually go to the yoga class or read in the park, because other things get added to the infinite To-Do list and you simply don’t have the time.

Flash forward to three months from now and you’re thinking back and asking yourself, “Why wasn’t I happy? Why wasn’t I feeling my optimal best?”

The answer: you were too busy to invest time into yourself, into little things that brought you happiness each and every day. By being ‘too busy’ we are actually causing a major hindrance to our own growth and putting off personal happiness.

As a culture, I often find Americans (myself included) saying ‘I spent the weekend doing this’ or ‘I spent so much time on that.’ The age-old “time is money” idiom directly reflected into our language, becoming a commonplace colloquialism; as if we’re emptying our pockets and ticking away the minutes of our lives.

Whilst learning French and thinking about what I would say in English and then trying to translate it to French, I noticed that one would never phrase something in French as “I spent my time doing this,” rather, “Je passais mon temps à faire,” translating to “I pass my time doing this”. Time isn’t seen as money, but rather something to enjoy and revel in.

In Paris, there is always enough time to slowly sip on a café, to take the extra five minutes to walk down a pretty street, to celebrate foods and cook the freshest of meals by venturing to the market daily or catch up with friends over a two hour lunch during the middle of the week. Time is seen as something that has been gifted; it is something to celebrate, to share with others, to say thank you for on a daily basis. Time is not something to be spent.

Soon after this insight into the language, I befriended a French man and over glasses of wine, we shared a very profound conversation on our respective cultures and upbringings – analyzing different sides and offering up evidence in support (he was studying law). With that being said, he asked what I was doing that weekend. I instantly replied, “I’m busy, I have writing to do – catch up on these articles…” I would spit out all these things on my mental To-Do list – not even things that were necessarily on my actual agenda or had to be done straightaway. I almost felt like there must be something I had to do – otherwise he might pity me? I’m not entirely sure where that feeling of needing to do something stemmed from.

Regardless, he inquired about what I was doing or working on and almost instinctively, I replied, “I’m kind of always busy, I’ve always got stuff to do.” And I don’t know why I said that.

I asked him what he was doing over the weekend and he responded so gracefully, stating that he would ‘pass his weekend how he desired – doing what he liked, when he liked because it was his weekend.’

While some may read that and think it to be a bit pretentious, remember that this is a French to English translation. So every syllable that rolled out with a slightly nasal twinge and blending of z’s and r’s was automatically coated in wisdom and intrigue.

And that conversation led me to realize that I was too busy for my own good. And, more importantly, I was responsible for playing the victim when chaos ensued, when life became overwhelming with responsibilities, events and whatever else I felt needed to be taken care of. Because I had said yes to too many things, without realizing that I wasn’t making time for one crucial thing – myself. If you aren’t feeling your best, if you aren’t allowing yourself time to relax and recharge, if you don’t have time to fall in love with life everyday – you’re going to miss out on a lot, AND you won’t be able to flourish or offer up your best self to the world.

From that point on, a year of magical growth and thinking arose. Struck by this concept of doing something that makes me happy each and every day and that ‘just because I felt like it’ was a good enough reason, I quickly began to rack up awe-inspiring memories and let the good times roll.

While I have not lost sight of my goals, ambitions or responsibilities, I’ve learned to balance –happiness and joy do not have to wait until the weekend. There are enough hours in the day to do what you really want; it’s truly all about priorities. Also, absolute bliss can be found in taking the time to savor a cup of coffee over a stimulating conversation, and pleasure can derive from laying in the grass for several minutes – simply soaking up the sun and listening to the world around you. Happiness does not have to stem from monumental things or achievements, but can be composed of little things that all add up.

The best part about all of this – is it can be shared with others. The gift of time is one of the best things we can share with one another.

Chelsea Lauren Exton is 22 years old and studying Art History and French at California State University, Long Beach. This past year she lived in Paris, studying at the Sorbonne and interning as a travel writer for a European company. She returned home to Huntington Beach, where she is finishing up her studies and continuing to write as a freelance journalist for the same company. Chelsea is working on her first young adult fiction novel.