Sex and the Single Mom

Oh my God, I am so paranoid. I just can’t seem to escape it. Might as well go ahead and write on my tombstone:

Had sex with two different men in one weekend.

Devoted her life to worrying about it.

But now that a few days had past since last weekend’s promiscuity, my mind was at war with itself and my body. Why the heck did I call it “promiscuity” anyway? I hated that word. It was so judgmental and, well, limiting. Why couldn’t I think of it as “sexual exploration”? Yes, that sounded way more empowering.

Where had this shrill, paranoid voice inside my head come from? Was it high school? Man, I perseverate! I thought back 23 years to that crazy self-defining time when I heard whispered rumors about “so and so” being a slut. Talk was vicious and spread like wildfire. No one had a clue how to keep a secret at that age, and once a girl was labelled, she was marked for good.

High school may have acted as a launch pad for my beliefs, but they were most certainly reinforced and drilled home afterward. In university, the workplace, the neighbourhood, bars, sometimes even family gatherings, talk about “some woman” was bound to get cheap. It still did.

I’d naively assumed that the popularity of TV shows like Sex in the City and Desperate Housewives indicated that times had changed, that women could be seen as respectable and moral and sexual beings. But on closer look, that’s really wasn’t the case at all, was it? We still held our breaths when our favourite characters fell into bed with yet another man. They could only make so many mistakes. We still judged their actions: warranted? Or inexcusably whorish?

Then, there were the full-blown slut characters that we loved to hate. Look at Super Slut Samantha Jones who unapologetically “has sex like a man.” Carrie and the gang were ahead of the rest of us, accepting and loving and valuing her despite and because of her sexual lifestyle. But how many women would frown and whisper behind her back as soon as she left the table? Or even invited her to lunch in the first place?

And because I’m not just a woman, but a Divorced Mom, the harsh judgments potentially cast my way scare me to death. After all, “decent” divorced mothers should never engage in casual sex, right? Otherwise these women are loose, irresponsible, unfit mothers: the stereotype “divorcee.” That’s right; the insidious “D” word. Better lock up your husbands, ladies. No — decent divorced mothers should only want a serious relationship. And they better get on that quick, because with each year that passes, they’re apt to grow more bitter and undesirable and desperate. They are women with cargo. Women who failed. Women who didn’t deserve any better. Spit.

I’m not even sure where my own judgments and those of society begin and end. All I know is that I never dreamed of waking up at this point in my life as a single mother of three. But reality dose: Here I am! And contrary to what any rulebooks may say, I know beyond any morsel of doubt that I’m not “dried up” and dead! Why can’t society trust me to be a good mother (amongst many other things), and allow me to be in charge of my own sexuality? Why should my “adventures,” which are helping me to heal, grow, and transform during a radical period of change, be a source of embarrassment or shame?

“We have to be careful about who we discuss our dating lives with,” my best friend Hali who was also divorcing, had warned me a month back. “You and I want to talk about this stuff because it’s exciting and scary and we’re suddenly single again. And we naturally assume that the people we love will understand us. But the truth is, most people can’t relate to it.”

Her warning had come after a conversation she’d had with her close, long-time friend Megan over lunch one day. Hali, accustomed to being open and honest with her, was rambling on about a 29-year-old man she’d met at a bar. The more she talked, the more she became aware of the disapproval in her friend’s eyes. When she’d confronted Megan about it, her friend replied defensively, “But I’m not judging you! You know I love you.”

“Yes you are!” Hali responded. “I can see it in your eyes! We all filter information through our own experiences and then judge it. And you are a dear friend who has three kids and has been happily married for 15 years and you are looking at and judging my situation through your set of glasses! I can feel it.”

Ultimately, her friend agreed to disagree, and conversation around dating was indefinitely shut down.

I heeded Hali’s warning, but I already knew to restrict who I told of my escapades — I’d felt my own pangs of caution last summer when I’d met with my “married mom-friends” at a local pub. They were so curious about what single life looked like for a woman of our age. But my intuition kept telling me to be cautious; they were judging me, consciously or not.

It’s the difference between not having kids, but having an opinion about motherhood. Having wild sex with multiple partners after separation isn’t a pair of shoes most have walked in, and sexual promiscuity is a contentious zone to begin with; it could be hot and juicy, yet still trigger judgement, even moral outrage. Even if the listener is a lovely friend — a strong, mature, independent mother and career woman — her ethical boundaries around sex could be rigid and unforgiving. And I don’t want to be the next candidate up for a stoning. 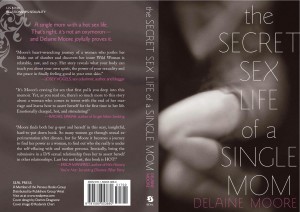 Delaine Moore is a Mars Venus Coach, speaker, journalist, and the fiery voice behind the popular blog, IAmDivorcedNotDead.com, where she unabashedly gets down to the good, bad and “naughty” of life after divorce. Delaine writes for The Huffington Post, Your Tango, and First Wives World’s and has appeared on radio and television shows throughout North America. Her memoir, The Secret Sex Life of a Single Mom, has already attracted the attention of Anderson Cooper, The View, and the Today show. Delaine lives in Calgary, Alberta with her three kids. 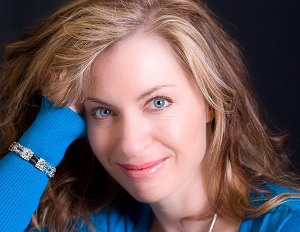