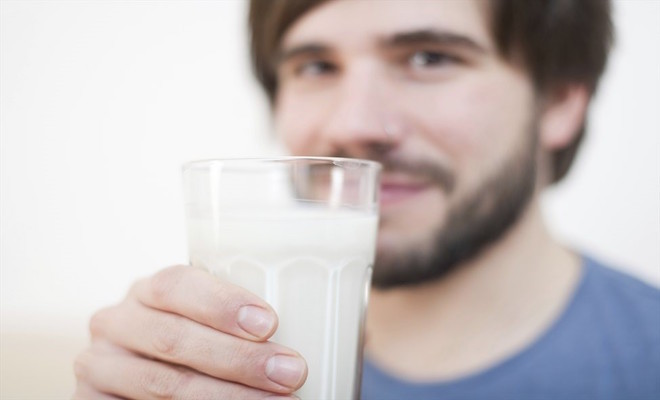 Yes, you read the headline correctly.  Looks like ol’ Bessie just isn’t cutting it anymore these days.  And if you’re like us, you probably threw your hand over your mouth and gasped in complete shock (and perhaps disgust) at the thought of grown men swigging fresh breast milk straight from the source. Well…it’s (been) happening.

In fact, media have been reporting on this for years, including a2011 article by Wired which pointed out that the breast milk trade has flourished “at an unprecedented scale,” along with The Telegraph calling it “ultra-creepy” after reporting on China’s increasing consumption of breast milk back in 2013.

Sure, it might sound odd (to say the least!), but with the recent trend that has the health-conscious citizens of the world advocating for more natural, organic products and ingredients in the marketplace, can we really be surprised that breast milk is having its five minutes of fame?

Besides that fact that modern day wet nurses may now find themselves striking gold with this atypical fitness fad, it’s undeniable that human milk is on the rise, and there are entire websites dedicated to selling the stuff.

Although selling bodily fluids (i.e. sperm, blood, breast milk) on sites like Ebay and Amazon are banned, Craigslist doesn’t seem to have a problem with it.

But trusting someone who is selling bodily fluids on the Internet?! You can’t be serious! I’m afraid to purchase a used sofa or “gentle-used” Manolo Blahnik heels on Craigslist, let alone sample one of Mother Nature’s finest baby foods from a complete stranger.  Because seriously, if you can purchase a used hamster cage or 1988 Buick LeSabre on the same website where breast milk is sold, you might want to reevaluate your approach to life.

Not that you need proof to know that purchasing bodily fluid like breast milk online from an unknown seller is one of the sketchiest things you can possibly do, we still want to educate our readers on the health risks it poses.

In a 2013 study posted in Pediatrics health journal, researchers compared breast milk purchased online from anonymous donors with milk donated to a milk bank by trained donors who were screened for drugs, alcohol and other harmful bacteria that could potentially permeate into their breast milk.   The data found that milk sold on the Internet had much higher levels of bacteria, including contamination with fecal bacteria and salmonella.

Keep in mind that any reputable breast milk bank will screen the mothers and properly store their milk and will not sell it to just anyone. For this reason, men aren’t bellying up to the breast per say, but rather resorting to sites such as onlythebreast.com and humanmilkforhumanbabies.com (hm4hb).  These “networking” websites are for mothers with an overstock of milk who are eager to turn a quick profit to anyone, including men, who are eager to play Russian roulette with their immune systems.

As for breast milk’s ability to help men build muscles, doctors and scientists agree that consumers shouldn’t believe the hype. Here’s the proof:

One cup of breast milk:

One cup of cow’s milk:

In this case, you can quote us as saying that breast is not always best.  And yeah, we’re jumping on the “ultra-creepy” bandwagon. What about you?