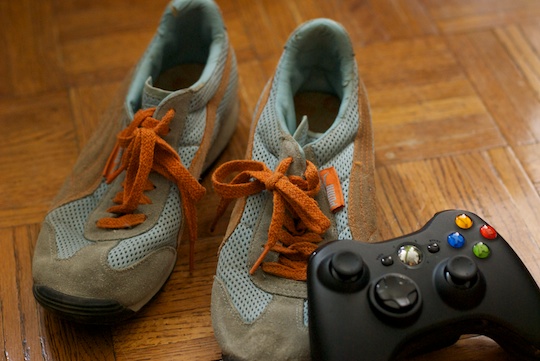 A Home Gym in a Box

How the XBOX can Lead to a Leaner, Fitter You!

There are individuals out there who can engage in some serious gaming! They can ace a serve at Wii tennis or tear up the dance floor playing Dance, Dance Revolution. And there are those who are also deadly at Assassin’s Creed and even expert marksmen at Call of Duty.

The interesting thing about gamers is that, for the most part, if you ask someone to think about the demographic of gamers as a whole, very few people imagine mothers as part of this demographic. Though this undoubtedly has more to do with social conditioning than anything else, given that we are now living in the 21st century, I’d say it is a great time to break down some unnecessary boundaries!

In other words, the fact that gaming consoles evolve just as fashion, trends and society evolve, means that each and every member of the family can now have a stake in game time.

If we can do away with the stereotypes of moms who don’t play video games at all but who buy games and gaming consoles for either husbands and/or children with no thought of what these consoles can possibly provide, of what relevance these consoles may have in their day-to-day lives, then we are one step closer to using a “box” to think outside of the box!

Indeed, with companies like Microsoft that are making strides to connect gaming with every member of the family, moms can indeed benefit from the very same gaming consoles that are stereotypically thought of as only suited for children and/or men

Microsoft released the Xbox in 2001. The console as most of us know it now – the Xbox 360 – was released in 2005, with its latest emanation, the Xbox One, scheduled for release some time later this year.

To make gaming more user-friendly, and perhaps more appealing to every member of the family, Microsoft released the Xbox 360 Kinect in 2010, as well as a version for Windows PC in 2012. Kinect is a motioning sensor device that can be used along with the Xbox 360 console and allows users to interface with the gaming console or PC through gestures and spoken commands without even touching a game controller.

Guinessworldrecords.com has confirmed that Microsoft’s Kinect claimed the Guinness World Record for being the “fastest selling consumer electronics device” after it managed to sell a total of 8 million units in its first 60 days! And as various advertisements and commercials for Kinect and Kinect products attest to, the fun that can be had with the device is indeed fun for the entire family!

So what does all of this have to do with gaming and exercise? Everything!

All of these games have one goal in mind: having the maximum amount of comfort and control all while losing weight or staying in shape and having fun!

And so along with the pure thrill that comes from playing video games that keep you active is the fun of playing games with the ones you love. What’s more, with the new gaming devices, you can even tap into a global family by tapping into online communities of like-minded gamers. You can join teams and chat with people around the world about your workouts; you can get instant, virtual updates on your progress and record your workouts with the gaming console’s memory unit. The best part of using these gaming “boxes,” in my opinion, is that you now have the advantage of exercising right in your own home from a box that benefits the entire family!

And the pros of this new type of home gym far outweigh any arguments that might try to counter gaming or buying game consoles in general. For instance, there is no sweaty exercise equipment that needs to be wiped down with a squeegee and a bottle of peroxide, no ogling eyes or machine loiterers talking about how many pounds they can bench press or reps they can do, and workouts can be done at your own pace while actually enjoying the workout.

Additionally, consoles like the Xbox 360 double as actual DVD players, while Sony’s PlayStation 3 console allows you to play Blu-ray DVDs.

With all of the remarkable advantages to gaming, it’s time for the entire family to get involved in all of the benefits that can be had from owning a gaming console.