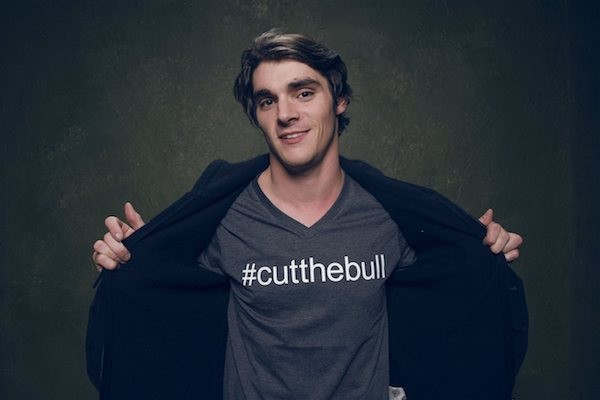 Cut the bull: Strategies to help kids with disabilities stand up to bullies

At least one in four American children will experience bullying at some point during their school years and children with disabilities are twice as likely to be bullied, according to the National Center for Education.

Even those who are bound for celebrity status as award-winning actors can experience bullying. “Growing up, my disability made me a target for bullies,” says RJ Mitte, who portrayed Walter “Flynn” White Jr. on the AMC series Breaking Bad. Like his character, Mitte has cerebral palsy. A former patient of Shriners Hospitals for Children(R), Mitte has partnered with the organization to promote its 2017 #CutTheBull anti-bullying campaign.

“I was harassed, knocked down and even had my hand broken,” he recalls. “Now I have an opportunity to give a voice to people with disabilities and promote acceptance.”

Twenty-eight percent of children in grades 6-12 say they’ve been bullied, and 70 percent of young people say they’ve witnessed someone being bullied at their school, according to the U.S. Department of Health and Human Services (DHHS). While cyber-bullying grabs headlines, it’s actually the least common type of bullying; verbal and social attacks are the most common.

According to DHHS, “persistent bullying can lead to or worsen feelings of isolation, rejection, exclusion and despair, as well as depression and anxiety …”

Standing up to bullies is the best way to stop bullying, experts agree, whether the person who stands up is the victim or a bystander. In fact, when a witness to bullying speaks out, the bullying stops within 10 seconds, 57 percent of the time, the DHHS reports.

Through the #CutTheBull campaign, Shriners Hospitals for Children offers some guidance for parents and kids to prevent and stop bullying:

To learn more about how to prevent bullying and download anti-bullying tools, visit cutthebull.org.