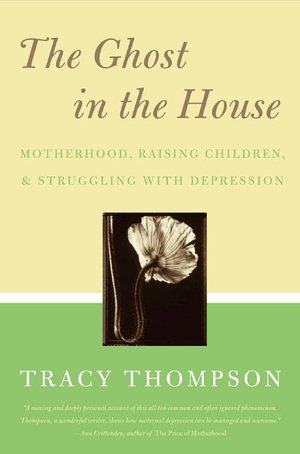 Maternal Depression: When the Blues Don’t Go Away

“If mom ain’t happy no one is happy.”  The quippish slogan is often said in jest, yet depression among mothers is no laughing matter.

It’s no coincidence depression among women is more likely during their childbearing years. Yet, while most of us have heard about the “baby blues” or the more serious postpartum depression, depression and it’s common cousin anxiety can hang on far longer than a few months or even first year, and in the process, clamp a dark cloud over the entire family.

Compiled from her own painful story and a survey of nearly 400 mothers with depression, Thompson’s book The Ghost in the House: Motherhood, Raising Children, and Struggling With Depression [HarperCollins, 2006], once again brings readers inside the often closeted world of depression, only this time from her experience as a mother.

Thompson, in a March 2009 email interview, shared her thoughts:

Q. Unlike postpartum depression, “maternal depression” isn’t listed in the Diagnostic and Statistical Manual of Mental Disorders. What’s your definition?

Tracy: My own unscientific definition of maternal depression is that it’s depression created by, exacerbated by, the stresses attendant on being a mother in our culture. It’s also what can happen when a mother’s depression reaches out to ensnare her child.

Maternal depression is my shorthand way of acknowledging that the bar for what constitutes a “good mother” has been going up imperceptibly for well over 100 years now. Victorian mothers suffered under high expectations for motherhood, too, but at least they were not expected to be “good mothers” AND wage earners AND household CEOs at the same time.

Q. Do you think the media’s depiction of mothers contributes to maternal depression?

Take a look at this month’s cover of Working Mother (or any number of parenting magazines): the mother is radiant, fashionably dressed, perfect makeup, her arms around an equally beautiful little girl; the mom is a senior lawyer in a prestigious law firm and finds the whole thing pretty much a breeze. Well, that’s just horses–t. Motherhood is a high-stress occupation whether you have a paid job or not, and if you are vulnerable to a mood disorder the level of difficulty just multiplies by 10.

Q. Why don’t we see the term maternal depression used in the mainstream?

Two reasons: First, we think we’re using it, because lots of people consider it synonymous with “postpartum depression.” The way I see it, postpartum depression is one type of maternal depression, but motherhood goes on a whole lot longer than the postpartum period. The other reason is the assumption I mentioned earlier, that motherhood equals bliss. Or that frankly stating it’s not all bliss makes you a child abuser and/or a “bad mom.”

Q. With your stories and those of Brooke Shields and Marie Osmond, this issue has received a lot more attention. Has society stopped vilifying mothers who suffer with depression or do we still envision Andrea Yates, who in the end, was diagnosed with the very rare, postpartum psychosis?

I think movie stars and public figures have done a lot to bring public attention and awareness to this issue, and I’m grateful, that’s a useful and socially responsible way to use one’s fame. The subject is always more complex than they make it sound, but that’s okay; the main thing is that people understand that it’s an illness and that it’s treatable.

Q. Do you feel mothers contribute to the idealization of motherhood? If so, how do you suggest they break the cycle?

Yes, I think we do contribute to it, though we are subjected to such subtle, pervasive pressure to do so that it’s almost inevitable. An example: I belong to a listserve in which moms swap questions and hints, etc. The questioners tend to be new mothers, but they include some mothers of older children, too.

There’s an “about me” section you’re supposed to fill in when you submit your question, and almost without exception the women put something like: “Mom to two adorable tots, married to the love of my life” or “blissfully happy SAHM” or “single mom, working hard but loving every moment of motherhood,” or something of the sort. I can’t decide if it’s comical or defensive or both, especially considering the fact that these women are writing for advice because they’re having PROBLEMS.

I too am married to a man I love very much, and I cherish our two daughters, but I don’t feel the need to sign every e-mail that way and proclaim it to the world at every opportunity, you know? Men don’t feel the need to proclaim their love of fatherhood every time somebody brings up the subject; married people don’t feel obliged to assert their undying passion everybody brings up marriage (far from it!), but somehow, when it comes to motherhood, there are a lot of women out there who feel they must assert how much they love, love, LOVE every minute of it. And I think the best way to break that cycle is to just stop doing that, and that starts with just being aware of what we do to ourselves when we perpetrate that. It’s the psychic equivalent of trying to look like Barbie.

In  Ghost in the House, Tracy Thompson takes readers inside the often misunderstood and maligned world of mothers and depression. Maternal depression, an illness that left untreated, can have profound ramifications for not only mothers but the entire family.

Through her own courageous story and others, Thompson offers insight, support, and hope for thousands of mothers struggling with depression during what should be — their most satisfying years.
Q. Why did you write The Ghost in the House: Motherhood, Raising Children, and Struggling with Depression?

I wrote my book because I thought I had my own depression, and how to manage it, all figured out, and then I had a baby. I discovered that I had just moved from the farm club, so to speak, to the big leagues in terms of managing my illness. The stakes were so much higher, the demands so much greater, the list of potential victims much longer. I felt continually insulted by the societal assumption that motherhood is unadulterated bliss and something that women take to “naturally.” It’s by far the hardest job I’ve ever had, as well as the most rewarding. (My daughters are my treasures, and it’s not their fault mom had to struggle up the learning curve.)

Q. What reoccurring and perhaps surprising messages surfaced during your research with mothers for Ghost in the House?

I think the surprising thing was the pent-up need to talk about it. I posted a query in O Magazine asking people with this experience to contact me, and hours after the issue appeared on the newsstands I had something like 100 e-mails – and they just kept coming and coming. It just blew me away.

Q. In the book you remind readers that “there are two basic ways in which depression is handed down from one generation to another: by the genes parents pass on to their children, and by the behaviors parents model for their children.” What effect does depression have on children?

There are all kinds of effects on kids, and they can vary widely, from full-blown depression in the child, too, to no effect whatsoever. So much depends on how the mom deals with her illness, how soon treatment is begun and how the depression factors into the environment (i.e., if the mom is depressed because she’s poor, doesn’t know how to handle her kids and her boyfriend keeps beating her up, the outlook for the kids is pretty grim).

There’s also research that shows that perinatal depression is harmful to the fetus, since depression raises cortisol levels, and those can pass through the placenta and affect the baby’s neurological development. But this is something I try not to dwell on too much, because my purpose is to point out the problem and possible solutions – not to freak women out about the harm they may, potentially, possibly, may someday be doing to their kids.

Dwelling on that is usually the last thing a depressed mother needs; my experience is that depressed mothers feel enough guilt to begin with without adding to their (self-inflicted) burden. And emphasizing the kids kind of makes it sound like the suffering of the women themselves isn’t really reason enough for treatment – the REAL reason is we must protect those children!! I’m all for protecting children, but getting treated for depression is worthwhile in and of itself; you don’t need any other reason to do it other than the need to be kind to yourself.

Q. You include a chapter in your book entitled, “How the Struggle with Depression Can Make You a Better Mother” What did you learn from your own journey through maternal depression?

Well, perseverance. No substitute for that, and it’s good for your kids to see you trying over and over at stuff, even when you don’t always succeed; it’s good for them to know that some days you have trouble dragging yourself out of bed but that you do it anyway. Also empathy, and that goes as much for the kids as the mothers. I try to be open with my kids about my own struggles, and to assure them that if I don’t feel well it is NOT their fault. I hope, I believe, that my children are tolerant of differences and understanding of other peoples’ weaknesses in a way I wasn’t when I was their age.

And I should also say that they have also seen a marriage where two people stand by each other for better or for worse, in sickness and in health, because, believe me, my husband and I have seen ’em all. I think this is changing in recent years, by the way; a whole new generation of women has started to write about motherhood in a much more open way. And thanks to the Internet, there’s a ton of that writing out there.

For some women, motherhood triggers the entry into or return to depression. When women however, open up and speak their truth they force themselves and the media to stop treating the illness as taboo or the mark of a bad mother. In the process, the healing for women and their families begins.

Laura Owens is a professional writer with a B.S. degree in Psychology. She attended Rollins College and University of Florida. Laura’s work covers alternative medicine, psychology, social trends, motherhood, women’s issues and personal empowerment.  Her articles and insights stem from extensively reviewing medical research and from her own experience in successfully creating personal wellness for more than a decade.

“I believe that although many medical and mental health practitioners are caring, well-meaning and highly knowledgeable healing partners, you’re more likely to achieve long-term mind and body wellness when you make your own informed and intuitive decisions. Our true power lies within our instincts and when we gain knowledge. But we must first tap into a deep, primal knowing — that we deserve nothing less than to feel well, to feel joy.”  – Laura 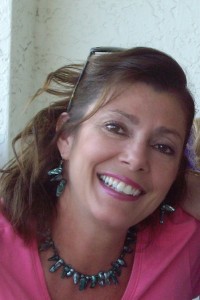