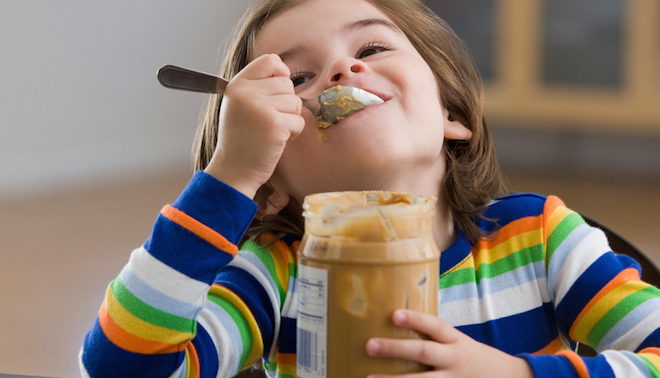 Can Peanut Allergies Be Prevented?

Peanut allergies have become a serious affliction for a rising number of children in recent years, requiring homes, school and even airlines to remove any peanut-related food items from their cupboards and menus, as accidental consumption of peanuts – or even just a sniff – can often be fatal.  While EpiPens have infiltrated thousands of kids’ backpacks and family emergency kits, things may be taking a turn for the better.

Startling statistics in a 2010 study by food allergists at Mount Sinai Hospital in New York City discovered that the prevalence of peanut allergies in children across the country has risen threefold since 1997, from 0.4 percent to 1.4 percent in 2010.

While there is no known cure for nut allergies, an exciting recent study has found that exposing young children to peanuts during kinder years may in fact prevent allergies as they grow up.

The research, funded partially by The National Institute of Allergy and Infectious Disease at the National Institute of Health, found that by introducing and exposing infants to a wide variety of foods – including peanuts- were actually far less likely than others to develop peanut allergies.  Published on February 23 in The New England Journal of Medicine, research showed that by regularly feeding small dosages of peanuts to babies for at least four years, it phenomenally cut their allergy risk by an average of 81%.

“The results,” said Anthony Fauci, director of the NIAID, “have the potential to transform how we approach food allergy prevention.”

Scientists were meticulous in their research, carefully screening, selecting and testing babies known to be at a higher risk for peanut allergies based on an already-established egg allergy or skin disorder known as eczema.

Babies between the ages of 4 to 11 months were tested first, using a standard skin-prick test.  If the results came back proving strong reactions, those children were excluded from the experiment for their safety and health, according to the study.  Those babies who showed no signs of irritation or reaction were assigned to either avoid peanuts altogether or to consume at least 24 peanuts a week.

Several years passed before researches reexamined the children, retesting them at the age of 5. Data concluded that children who consumed peanuts had a drastically reduced risk of developing an allergy. 35% of kids who avoided peanuts altogether developed a highly-serious allergy compared to 11% of those who ate peanuts.

According to a recent Washington Post article, Gideon Lack, lead researcher and head of the Department of Pediatric Allergy at King’s College London (where this particular research was conducted) stated: “I believe that the findings are robust enough to tell us that if a child is at risk for peanut allergy…that child should immediately, as soon as they develop the first signs, have a skin-prick test.  If the test is negative, the child should be encouraged to eat peanuts regularly.”

While this truly groundbreaking research acts as a massive stepping stone toward the future of allergy prevention and possible cures, it doesn’t mean you should fill your kid up with peanuts and hope for the best. Parents are strongly advised to consult with their child’s pediatrician regarding allergies, as many of which can be life-threatening.

To learn more about this study, please visit www.nejm.org.